Authenticity is certain on this tour of Bangladesh

Home > Blog > Authenticity is certain on this tour of Bangladesh

Authenticity is certain on this tour of Bangladesh

Bangladesh is often over shadowed by its more glamorous neighbours of India and Sri Lanka. Aled Evans of Undiscovered Destinations wanted to find out more about this little visited country and has just returned from a tour of Bangladesh.

‘Why would you want to go on a tour of Bangladesh?’ I was asked. 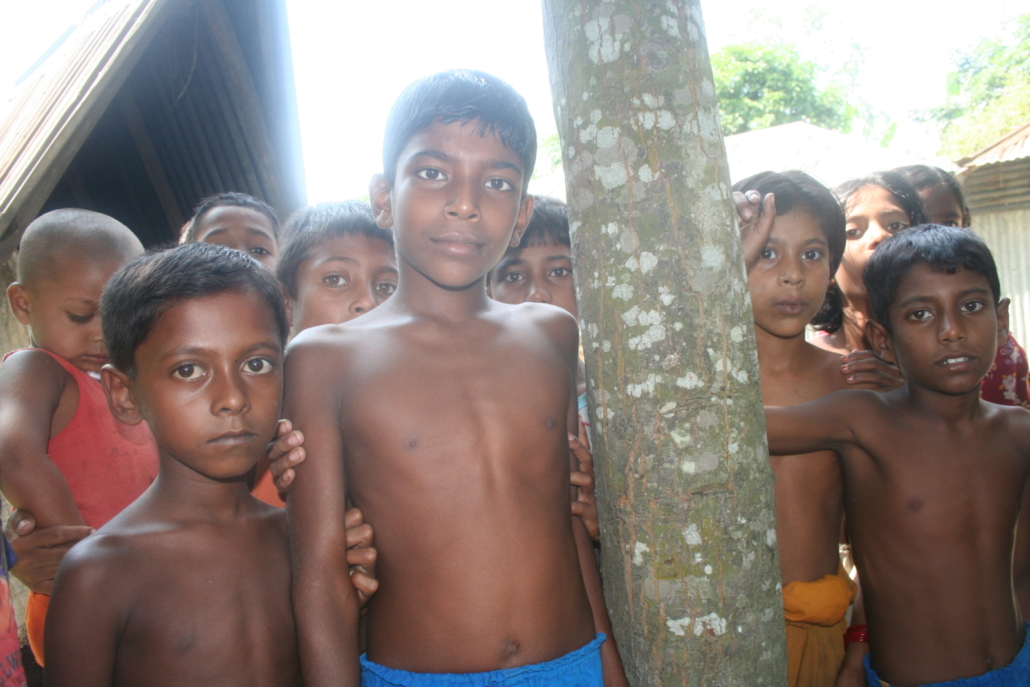 Any tour of Bangladesh has to cover Dhaka. With a population now approaching 16 million, I was expecting Dhaka to be crowded. The reality was way beyond what I had imagined. On exiting from the international airport, it hits you immediately. The hustle and bustle, the noise, the pollution, the heat.

Thankfully I was met by a friendly gentleman with my name on his board and soon seated in a comfortable air-conditioned car. From inside the car, I could sit back and begin to enjoy the mayhem that is Dhaka’s traffic, grateful that I was not in a rush to get anywhere.

A kaleidoscope of tut-tuts, rickshaws, cars, buses and lorries , all competing to get to their destinations following some seemingly magical set of rules that means that they are always on the verge of the world’s largest pile-up but avoid it at the last second.

The next morning, I take a tour of the city including the impressive Ahsan Manzil (pink palace) but it is the people and the energy of this city that really impresses me.

As would become a feature of my travels in Bangladesh, smiles, waves, inquisitive looks and the regular ‘Hello Sir, which country?’ question meant that interaction with the local population was a regular and fun part of the daily routine.

Unlike some countries with a healthier tourism industry, there was never the impression of being ‘tapped up’ for a tip. There was a genuine interest in me, my home and why I was visiting Bangladesh.

On numerous occasions I was stopped and asked by a passerby if they could take a ‘selfie’ with me. My five minutes of fame had arrived and I loved it!

Leaving Dhaka early in the morning, I take the bus north to the Bogra district. Before boarding the comfortable, air-conditioned bus for the 6 hour drive, I am advised to visit the gents as there is no stop en route. As travel experiences go, visiting the public toilets at the main bus station in Dhaka is about as extreme as it gets.

What I encounter in there makes the famous toilet scene in Irvine Welsh’s ‘Trainspotting’ seem like an advert for VictoriaPlum.com

We arrive in Bogra and check-in at the Naz Garden Hotel, a good four star hotel on the outskirts of town. Our next stop after a quick lunch is to visit Mahastangarh, the world heritage site and famous Buddhist monastery dating back to the 3rd century BC. A fascinating site and also home to an interesting museum.

The next day I travel to Paharpur to visit the famous Buddhist world heritage site. This was the most impressive archaeological site I saw on my tour of Bangladesh, dating from the 8th century AD and with a lot of restoration work currently being carried out.

Later in the day I visit the beautiful Hindu Terracotta temples in Puthia, where the local community were getting ready for Durga Puja. It is in places like this that a good guide can really make a difference, as hearing the stories of the temples and history of the feuding brothers really brought the past to life.

The next morning we head to Sariakandi and board a small boat to take us a couple of hours up the Jamuna river (the main distributary channel of the Brahmaputra River as it flows from India to Bangladesh).

Here I had the honour of visiting a village in the Chars. These sand islands are found in a number of the main rivers of Bangladesh and are home to remote communities that live very much outside of the mainstream.

Hearing the stories of the people, of their resilience and ability to adapt to an often dangerous and ever changing landscape, was a highlight of my trip. The welcome I received from everyone in the village, from young children to the village elder completely blew me away.

Being surrounded by the whole village, I was asked if I could show them any pictures of my family and home.

My iphone quickly disappeared in to a giggling mass of children and adults, only to reappear occasionally for me to enter the code to unlock the screen so they could continue viewing.

Our couple of hours in the village passed by in what seemed like minutes as we were invited in to homes, shown how the community packs up and moves when the river gets too high, and how they are trying to bring a regular education to the children. The journey back to Bogra was strangely quiet as we reflected on the difficulties this community has to face.

No tour of Bangladesh is complete without a train journey. We boarded the early morning departure from Bogra to Khulna to head south following the Bangladesh-India border.

This was a wonderful trip with plenty of good photo opportunities and the chance to chat and mingle with fellow Bangladeshi travellers. On arrival in Khulna we head to Mongla, the gateway to the Sundarbans.

Designated a UNESCO World Heritage Site in 1997, the Sundarbans are one of the most important habitats for wildlife on the India subcontinent. Two different ecosystems are represented here with freshwater swamp forest and mangrove forest, prowled by tigers in search of deer and other prey.

Within minutes of our boat arriving in the area, we saw bottlenose dolphins jumping in the river and a family of monkeys feeding on the side.

We arrived at a ranger station and were informed that the previous night a mother and two young tiger cubs had passed close by, with the ranger showing us the footprints in the clay soil. A walk through the mangrove forest along a wooden walk way allowed us a glimpse in to the world of the local fishermen and honey collectors, who face the threat of tiger attack on a daily basis.

Between 30-40 people are killed annually in this area by tigers. It was a fascinating if slightly nervous walk, even though we were told that the tigers were predominantly night time hunters.

Back on our boat, I was glad to have seen the tiger prints and to have experienced the forests and left full of admiration for the local communities who eke out a living here.

The next day we drove to Jessore for the surprisingly good US Bangla Airlines flight back to Dhaka. On arrival we picked up our driver and headed north east to Sylhet, the most relaxed of the cities that I visited on my tour of Bangladesh. It has a small town feel, with less traffic and congestion and the slightly higher elevation making the air cooler and fresher.

I take a trip out to Jaflong, close to the Indian border, and with help of a small boat, we travel upstream in to the no man’s land between the two countries.

This is a stunningly beautiful area with crystal blue water running down from the mountains and lush green forest on the river banks. We meet the local tribes who earn their living collecting stone from the river bed and view the Indian border guards who keep a close eye on them.

We continue on to Srimongal, with its vast tea plantations and the wonderful Lawachara Forest Reserve. At one of the large and well maintained tea plantations, I get to try a 7 layered cup of tea, with a different flavour in each layer!

My appreciation for this cup of tea , and any cup of tea from now on, is hugely enhanced by learning that the tea pickers in this region earn as little as 60p a day. It is back breaking work, bent over all day collecting the green shoots and leaves and this is before you add in the danger of the king cobras that like to make their homes in amongst the rows of tea bushes.

My final visit is to the Lawachara National Park. This lush rainforest reserve is a home to tiger, Slow Loris, Pig-tailed Macaque, Rhesus Macaque, Assamese Macaque, Capped Langur, Phayre’s Leaf-monkey, Jackal, Himalayan Black Bear, Yellow-throated Marten, Sambar and Barking deer and the highly endangered Hoolock gibbons, of which it is said there is a population 49 individual’s here.

Within ½ an hour of arriving, we have already seen two different species of Langur and both Sambar and Barking deer. Our guide is excellent at spotting and pointing out the various wildlife and bird species that we keep coming across and what would have been a nice trek in the forest is turned in to a great walking safari.

The next day we begin the drive back to Dhaka. The traffic begins to get more congested and the air more polluted as we enter the suburbs and then we slowly grind to a halt as it seems the entire population of Dhaka has decided to come out and wave us farewell. Somehow we manage to weave our way through and make it to the international airport in plenty of time.

I did grumble a bit in the morning when I was told we would be leaving at 8am to drive to Dhaka (less than 200km) for my flight at 7pm. Now I understood and was grateful for the forward planning as any later and I would have been panicking.

Sat in the departure lounge, waiting for my Emirates flight to Dubai, I had time to reflect on what was a fascinating tour of Bangladesh. The country has everything that its larger neighbour India has to offer but with an untouched, innocent feel.

You will rarely see any other tourists, in fact it will be you that is the attraction in many places. You can expect friendly, inquisitive people, wonderful food, historical sites and superb wildlife. And don’t forget about the Dhaka traffic, an experience like no other.