Argentina’s urban sophistication, inspiring culinary experiences and confidence as one of Latin America’s rising stars, merely scratch the surface of a land upon which nature has wrought miracles. From the north-eastern capital Buenos Aries, the northern-Mesopotamian populous plains and vast, fertile Pampas sweep on to some of the most exquisite and extraordinary scenery on the planet.

Endless razor-sharp colossal Andean ranges shield the country from Chile to the west, approached by highland plateaux which bear many vestiges of Pre-Columbian and Inca remains, offering vivid glimpses into some of earth’s most dynamic lost civilisations.

To the south lies the wild grandeur of Patagonia – glaciers, polar-influenced natural wonders and trekking opportunities through a timeless landscape of icefields and pearlescent lakes.

Our group tours in Argentina will lead you to the extremities of this fascinating nation. From the timeless colonial elegance of the plaza of Salta and its surrounding noble wine-growing regions, you will head up into the Puna high-altitude plains, a world rarely frequented by others than the local shepherds.

Here the incredible array of landscapes, many of them formed at the bottom of primordial oceans or during the violence of volcanic activity, will simply astonish the intrepid visitor. Dramatic passes open onto surreal lunar landscapes and ancient ruined civilisations, whilst encounters with rarely-disturbed flora and fauna are a nature lover’s delight.

the south, the overwhelming wilderness idyll that is Patagonia awaits, with exhilarating trekking encounters around the southern hemisphere’s greatest icefields and iconic glacial mountains.  From altitude to the cusp of Antarctica, Argentina’s natural and historic encounters will leave you simply breathless in awe.

A great trip with some of the most stunning and varied landscapes I’ve seen anywhere in the world in twenty five years of travelling. No other tourists. Superb hotels in remote places. A real ‘undiscovered destination’!

Places to visit in Argentina and on our South American tours 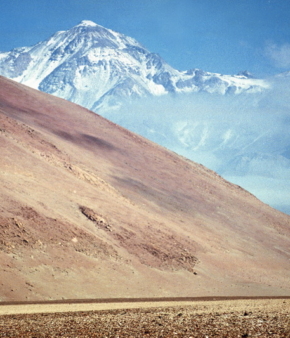 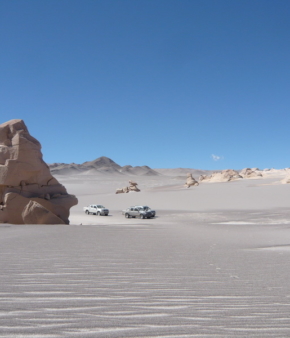 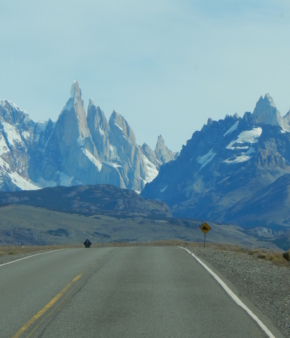 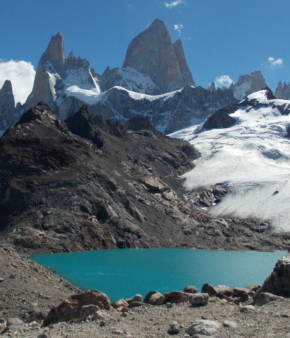 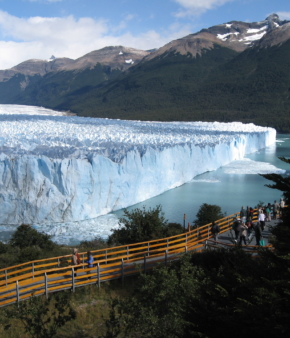 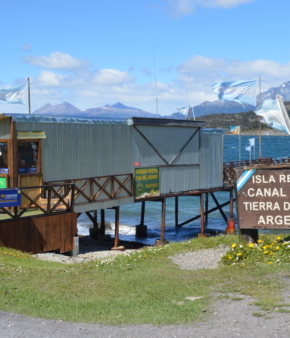 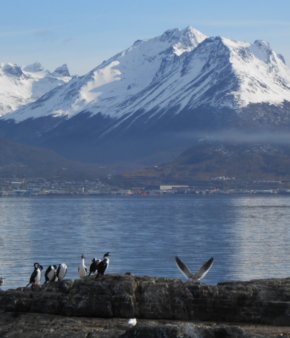 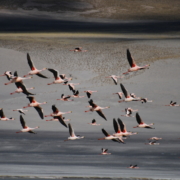 Argentina’s warm, vibrant culture and delicious cuisine is only surpassed by its extraordinary topography. Few expeditions can leave one more invigorated than a foray into the seclusion of the high-altitude Andean Puna and the Patagonian regions where wildlife holds sway offering endless sightings from sea lions to flamingos. Seemingly at every turn your eye is drawn to a new, impossibly beautiful expression of nature’s power and exquisite touch. Windswept rock formations, dizzyingly high mountain passes leading onto salt-lake beds and crystalline deserts contrast with the dynamism of glaciers spilling down dramatic peaks and into pristine icefields.

To step into the extremities of Argentina is to truly experience the unexpected. Few outsiders tread the paths that traders with llama caravans once forged through the Andes en route to Bolivia, Peru and Chile; fewer still gaze across the Patagonia icefield – third largest in the world – or cross the circumnavigator’s mecca, the Magellan Straits, to stand in Tiego Del Fuego, ‘Land of the Fire’.

The isolation of this landscape cannot be understated: until recent discoveries of earlier remains in the Chilean Andes, it was assumed that South American indigenous peoples migrated south from the crossing of the Bering Straits, making for a sparsely populated string of small tribal kingdoms. The success of some of these is evident at Quilmes, where pre-Columbian peoples built a complex city amidst the Andean plateau’s scrub and cacti, its curious complex of enclosures, foundations and fortifications spread in tumbling terraces across the slopes. The impact on these cultures from the arrival in the north-west of the Inca Empire seems minimal and so when Spanish explorer Juan Diaz de Solis arrived in Argentina, he and subsequent adventurers were met with violence and death.

Whilst cities like Cordoba and Buenos Aries cemented the colonial hold of Spain on the region, earning the nation the title ‘Land of Silver’, the Andean settlement by Europeans was far less significant and so it has continued into Independence from 1816 and through wars with the British and their neighbours. Impassively, the incredible landscapes have waited for visitors and it is not until you head away from Salta – ‘La Linda’ or ‘the pretty’ – and its colonial comeliness into the higher altitudes that you can grasp the wonders of what remains a secretive world: the red peaks, gorges and snowy caps of Quebrada of Humahuaca lead over vertiginous passes and past salt mirror lakes, heady routes thread through fossilised dunes and labyrinthine desert, Tolar Grande’s tiny sequestered village opens up upon the dazzling white salt lakes with its idiosyncratic blue holes and is perfect for hiking up the sacred Macon mountain to gape at panoramas that defy description.

The sense of space is second only to a tremulous humility at your insignificance amidst such magnificence: the ‘Vultures’ Cemetery’ across the dried salt lake at Arizaro and quartz ash desert at Quebrada de la Flechas, dating back 500 million years ally beauty and crushing timeless power in perfect measure, making a descent beneath the spiralling range of the majestic condor to the benign terrain of the vineyards of Cafayate a step back into a world of comforting familiarity! Patagonia equally offers a glimpse of nature’s graceful savagery, as giant bergs breach away from the Perito Moreno Glacier across meltwater lakes of alluring crystal-blue; trekking and camping under the potent gaze of Fitz Roy’s massive spires of rock and corniced ice and Cerro Torre’s slender pinnacles allows you to truly step away from every vestige of normal living and imbibe the loveliness of such loneliness.

For the nature lover, this is a land without parallel – condor roam here too, whilst lesser rhea and a bounty of wildfowl and waders strew the shores. As you penetrate to the Beagle channel and beyond, marvelling at magellan and gentoo penguins, the rewards of Argentina’s wilderness regions cannot be understated.

Read more about Argentina
and our South American tours.