“How wonderful. There will be plenty of snow there at Christmas,” said a friend when I announced my latest travel destination. Then I realised he had misheard. “Not Switzerland…Swaziland!” I corrected him. Many people can’t locate it on a map of Africa, and certainly don’t recognise its new name, Eswatini, announced by the King in 2018 to celebrate 50 years of independence from Britain.

One of only two countries in sub-Saharan Africa with a monarch – the other being Lesotho – King Mswati III is very much a working head of state. He chooses the Prime Minister, and although there are 50 constituencies who each elect a representative, nothing happens without his say-so. Fortunately he is forward-thinking – he has only 15 wives instead of his father’s 100 – and is keen to modernise the country while retaining the best of its cultural traditions.

The most famous of these is the Reed Dance, an eight-day ceremony at the end of August, when 20,000 ‘maidens’ harvest reeds to renew the fencing around the Queen Mother’s residence, and then dance in celebration for days on end in praise of the Royal family. It’s a spectacular event and one that shows no sign of dying out. Eswatini is proud of its culture, keen to modernise and preserve its heritage at the same time. 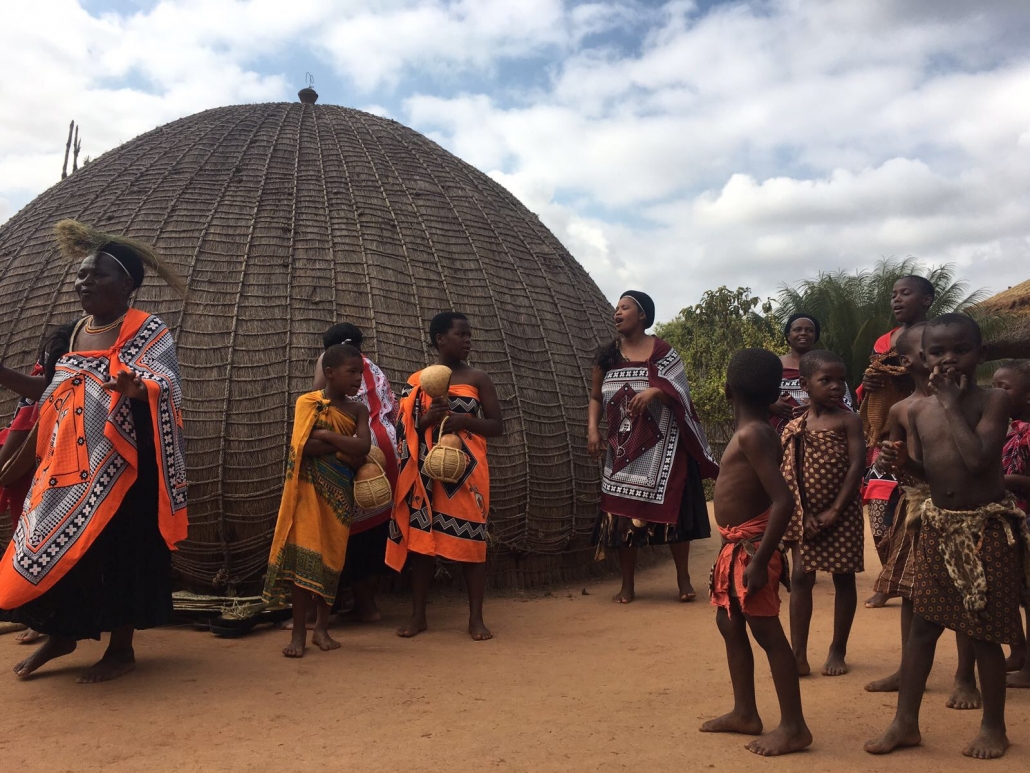 Educated at Sherborne School in the south of England, the king took up office at the age of 18 on the death of his father, King Sobhuza II, who brokered a peaceful separation from the British in 1968, and is revered today with an elaborate memorial said to contain his spirit, guarded 24 hours a day. Royal protocol demands that the physical body of a deceased king is buried secretly in a sacred cave by distinguished Elders. A museum houses Cadillacs and Buicks that transported him during his reign.

The current king is aware of the importance of tourism to his country, which is too often merely a stopover between South Africa’s Kruger Park and the beaches of Mozambique. He has given his full support to the conservation movement which has seen the return of species previously thought to be locally extinct, and a successful rhino breeding programme, with low levels of poaching. The country has a reputation for being safe, stable and secure.

The pioneer responsible for reviving Eswatini’s lost wildlife is 81-year-old Ted Reilly, who has overseen the successful creation of three game reserves (http://biggameparks.org), each of which offers a high standard of accommodation based on traditional design and materials (but with hot showers and flushing toilets), expertly trained rangers and guides, and fresh local cuisine prepared by skilled chefs.

The son of an Irishman who went out to fight in the Boer War, Ted Reilly inherited a farm which he decided to turn over to wildlife and provide a sanctuary for animals at the mercy of hunters and poachers. This he did by going out into the bush and physically capturing zebra by lasso, and tying crocodiles to logs, then transporting them back to his land. Defying the sceptics, his work came to the king’s notice, who recognised that the scheme would provide employment, and restore pride in the country’s natural environment. He asked Ted to take over thousands of acres of Royal land – and so the conservation movement grew.

There is much to discover in a country less than the size of Wales. Who knew, for example, that Eswatini contains the world’s second largest rock, pipped only by the world-famous Uluru/Ayers Rock in Australia? Rising to 1,488 metres and covering 16,500 hectares, Sibebe is a three-billion-year-old volcanic slab  – a challenge to climb but a rewarding experience.

At Mlilwane Wildlife Sanctuary, I slept in a traditional beehive hut where, greeting me outside when I retired at night, was a circle of gentle impala lying on the ground. Meals were taken by the waterside where bird-watchers were treated to weaver birds building their nests, under the watchful eye of the female of the species. If the nest isn’t good enough for a potential mate, the male destroys it and starts again. The sacred ibis, red bishop, lilac-breasted roller and fish eagle were among the birds I ticked off my list, as well as the country’s national bird, the purple-crested turaco, whose distinctive red feathers in flight are used in the Royal headdress. 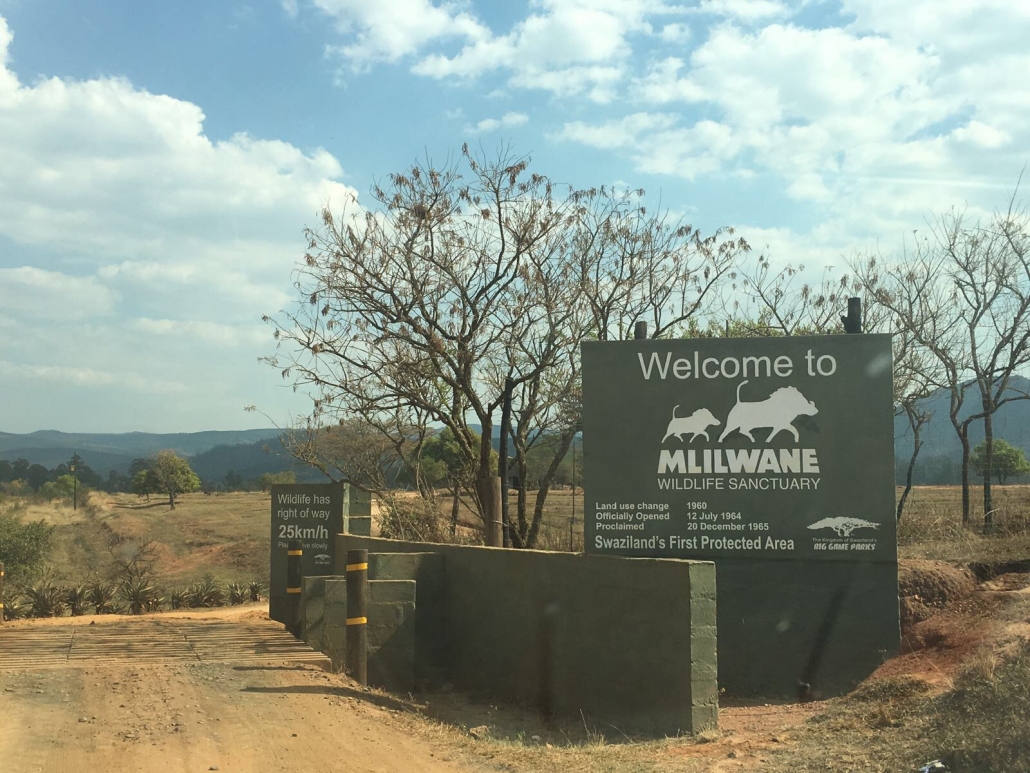 Next stop was Malolotja and a series of splendid waterfalls rising to 100 metres, with ice-cold water at the base. Despite the December temperature of 37oC, I wasn’t tempted to swim. Then on to Myhaya Game Reserve, where we saw everything bar lion and elephant (they were waiting for us at the next camp). This was my favourite stopover – two nights at Stone Camp in a beautifully designed, semi-open rondavel in the bush, with the address “2 Warthog’s Wallow”.

While I lay on my sumptuous bed under a mosquito net, I was lulled to sleep by the surround sound of life in the forest. And who needs electricity when you are woken by a glorious sunrise and the sound of chattering monkeys? Mkhaya is renowned for its rhino population, which you can track on foot or in an open vehicle. Wallowing in the water or browsing on the grass, they are so well protected that they are not afraid of humans. 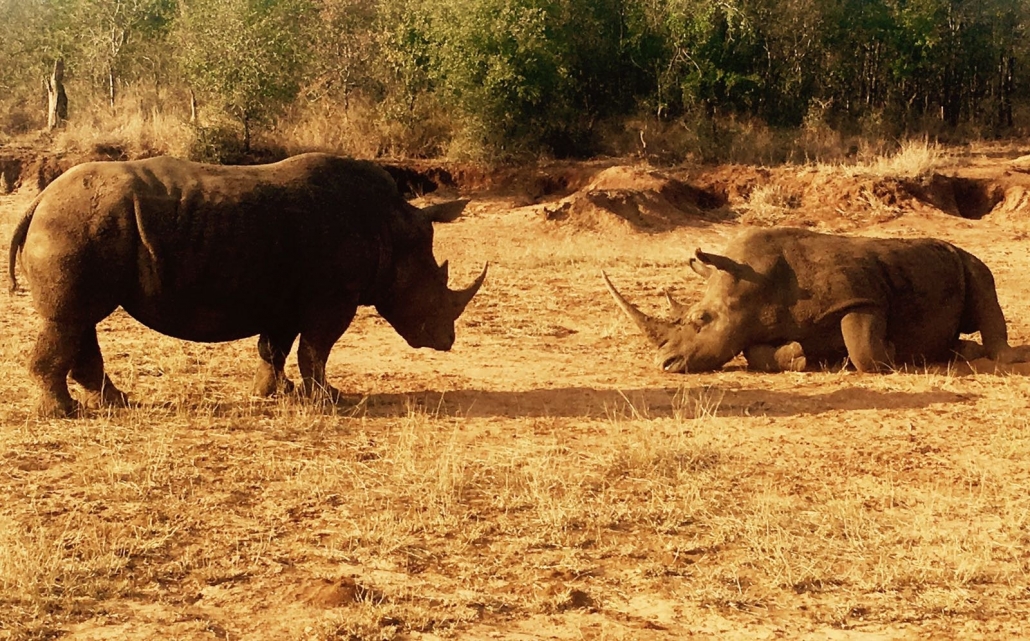 Hlane Royal National Park is the third, and largest reserve overseen by Ted Reilly (whose daughter Ann now runs the business) and is on land presented by the king. It covers 30,000 hectares and you are guaranteed to see lion, elephant, giraffe, crocodile, hippo, wildebeest and every other antelope you can imagine.

My abiding memories of Eswatini will be thrill of being so close to wildlife in a lush, fertile landscape, with people who are open and friendly. And I can’t praise highly enough my guide on the ground, Bongani, known to everyone as Bob (“Even my mother calls me that.”). Thank you, Bob!

This promises to be Eswatini’s decade: go there before everyone else does.

GO TO BLOG
Best Places To Stay In Algeria

A tour of the Ivory Coast
Scroll to top